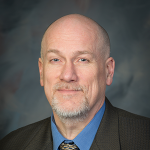 Over the past three decades, I have been involved in nearly every segment of NDHFA. As the agency has grown in both staff and programs and branched into new divisions, I have focused my attention on homeownership. Now, over the past two months as acting interim director, I have gotten a crash course on urban and rural multifamily housing, financing and the services offered to vulnerable populations.

Five projects North Dakota Housing Finance Agency supported had groundbreaking and ribbon-cutting ceremonies in the last two months, and at least three more events are scheduled before the end of the year. As we celebrate each project and the affordable housing provided, we continuously hear that there is still isn’t enough to meet each community’s needs.

With the September application deadlines approaching for the 2019 funding rounds for Low Income Housing Tax Credits (LIHTC), National Housing Trust Fund and the state’s Housing Incentive Fund, the competition is extensive and choosing is never easy. For every awardee, there are numerous projects that are just as deserving.

Right now, we have an opportunity to expand the limited resources to develop more affordable housing. There is a bill in Congress – the Affordable Housing Credit Improvement Act of 2019, S. 1703/H.R. 3077 – which, if passed, would greatly benefit small states like North Dakota at a magnitude much more significant than larger states which have other resources at their disposal. If passed, the efficiencies and enhancements contained in the Housing Credit Improvement Act would enable North Dakota to double, and maybe triple, the number of projects produced each year.

And so, I ask everyone to please advocate for affordable housing in your communities and in our state. Voice your support for programs like LIHTC and HUD’s HOME Investment Partnership, and also champion local city and county incentives – without any of which affordable housing development would not be possible. Communicate with our lawmakers, whether they convene in Bismarck, N.D., or in Washington D.C., that having a home that is safe, decent and affordable is a priority in North Dakota. It makes our communities stronger and keeps us growing!