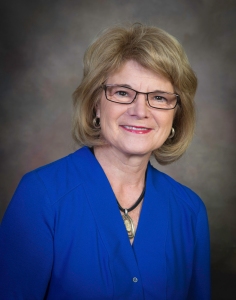 “When I started a job at NDHFA, I never imagined it would be my career. The opportunities, the challenges and the successes made the years fly by,” said Kline.

Kline began working in the agency’s rental division in 1985 and became the Low Income Housing Tax Credit program administrator in 1990. She was selected as the planning and housing development division director in 2006 and was charged with carrying out a strategy to address the state’s affordable housing challenges. Citing her outstanding advocacy, the North Dakota Industrial Commission appointed Kline NDHFA executive director in December 2013.

Kline’s first success as the executive director was the full capitalization of the state’s Housing Incentive Fund (HIF) in half the authorized time period which allowed NDHFA to begin investing the funds into much needed affordable housing sooner than expected. From 2011 to 2018, the program provided $89.8 million in gap financing to build and rehabilitate more than 2,500 rental units across North Dakota. The total development costs exceeding $443 million.

“The projects HIF supported address behavioral health and criminal justice issues while ensuring North Dakota’s aging and disabled households and lower-wage workers have safe and affordable housing,” said Kline. “By providing our most vulnerable state residents with a home, we reduce the overall burden placed on our communities and state.”

During Kline’s tenure, the agency’s North Dakota Roots program loosened its eligibility restrictions providing hundreds of state residents struggling to achieve homeownership with access to affordable interest rate loans and down payment and closing cost assistance. NDHFA took on the administration of the National Housing Trust Fund which provided the agency with revenue to support the development of housing for extremely low-income households. And, a relationship with the N.D. Dept. of Human Services led NDHFA to establish a Landlord Risk Mitigation Fund, providing households with a rental barrier the opportunity to access housing.

In 2018, NDHFA’s homeownership division had a record-breaking year, purchasing 1,798 FirstHome loans, and the U.S. Dept. of Housing and Urban Development ranked the agency as a Tier 1 Federal Housing Administration loan. After going a full biennium without funding, during the 66th Legislative Assembly, a $7.5 million general fund appropriation was made to HIF and development restrictions were lessened providing the program with greater flexibility.

Kline’s six-year tenure as NDHFA’s executive director changed the public, agency partners and community leader’s perception of what the state’s Housing Finance Agency could and should be.

“As I officially end this chapter of my life and my time here NDHFA,” said Kline. “I hope that I, alongside the full NDHFA team, was successful in making a positive difference in someone’s life every day.”